In a Sunday, February 21st Washington Post Op-Ed entitled “The I-66 compromise is a responsible solution to an obvious problem”, NVT Alliance CEO David Birtwistle applauded the recent compromise deal on the proposed I-66 inside the Beltway improvements as an excellent example of bi-partisan cooperation to advance the greater public good for a much needed improvement.

“The decades-old decision limiting this roadway to two lanes in each direction was made by politicians, not the planners who said four lanes in each direction were needed to meet 21st-century travel demand. Time has proved the planners right. This highway is congested not only at rush hour but also throughout the day and on weekends. This solution would improve travel reliability at all times,” wrote Birtwistle.

The Alliance has always advocated for adding a third lane in each direction on I-66 inside the Beltway and taken the position that any tolling proposal must be tied to concurrent widening.

The op-ed also pointed out that “By constructing a third eastbound lane between the Dulles Connector Road and Ballston, the compromise would unlock one of the region’s worst transportation choke points for motorists, and the tolls would add tens of millions of dollars to support expanded transit services.”

Peak direction tolling will give solo drivers an important option, eliminate HOV violators and help to provide additional transit services in the heavily congested corridor.  The accelerated construction of a third eastbound lane helps solve the 24/7 problems of congestion and unreliable travel conditions sooner rather than later.

You can read the full op-ed piece here.

You can view that interview here. 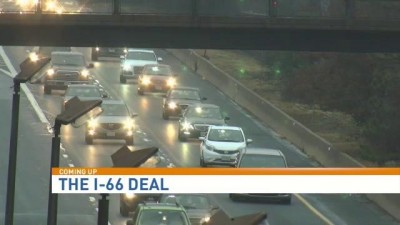