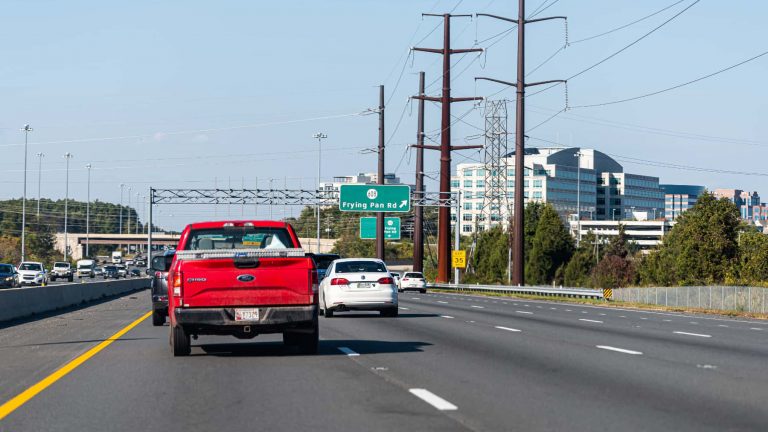 Hard to believe but when Washington Dulles Airport opened in 1962 Route 28 had just one lane in each direction.

In the late 1980’s and early 1990’s the Alliance was instrumental in advancing and preserving a new tax district that enabled the region to finance the transformation of Route 28 from a two-lane to a six-lane facility. This was no easy task and involved utilizing the courts and Virginia General Assembly to thwart among other things Fairfax County’s efforts to down-zone portions of the corridor that would have threatened the tax district’s fiscal viability.  Those improvements were completed in 1991 with landowners paying 75% of the overall construction cost and the Commonwealth of Virginia the remaining 25%.

On May 1, 2001 a Route 28 Advisory Committee unanimously recommended the selection of the Route28 Corridor Improvements, LLC (Clark/Shirley/Dewberry) team to Commonwealth Transportation Commissioner Charles D. Nottingham who concurred with that decision and announced the award on May 3, 2001. The Route 28 Corridor Improvements, LLC’s proposal called for the widening of the roadway from six to eight lanes and upgrading 10 intersections to grade-separated interchanges by 2006 — 15 years faster than could be done using existing revenue streams.

In October 2006 the state, Fairfax and Loudoun Counties and local land owners announced a Phase 3 funding agreement.  Construction was completed in 2009.

Passage of HB 2313 in 2013 provided new regional funding which has helped to provide funds, matched with state and local funds through the Route 28 Tax District, to begin widening of this roadway from six to eight lanes through Loudoun and Fairfax Counties.  In their FY2014-2016 Program, the Northern Virginia Transportation Authority approved funding for the following segments for widening from 6-8 lanes:

The widening project began in October 2015 and expected to be completed by the end of 2017.  You can find more information about the project here.

The Northern Virginia Transportation Authority also approved for FY 2014-2016 regional funds for improvements to the Route 28 corridor in Prince William County and the City of Manassas, including:

In all the Northern Virginia Transportation Authority invested $99 million in new regional funds that, when leveraged with other local, state and federal funds, have made possible these improvements to this major regional north-south corridor making life better for over 125,000 daily travelers.

A major impediment to I-66 traffic flow and Route 28 achieving its full mobility potential is the Route 28/I-66 Interchange caused by four traffic signals on Route 28.  Several concepts regarding removal of the traffic signals and increasing capacity in this area have been proposed.   In June 2014, the Commonwealth Transportation Board approved $50 million to begin design, right of way and construction for Phase 1 improvements.  Phase 1 will remove the light and relocate the entrance to E.C. Lawrence Park to an overpass created with the extension of Poplar Tree Road.

You can read more about Phase 1 here.

The overall Route 28/I-66 interchange improvement has been made part of the Transform 66 Outside the Beltway Project and will develop within that project.

You can read more about this important I-66 improvement here.

Construction on the 10 grade separated interchanges between Route 7 and 1-66 in Fairfax County is essentially complete.  The one exception is Innovation Avenue which is open to the public as a partial interchange. Work is underway on Phase 2 and 3 of the project and is scheduled to be completed by the end of 2016.

Invest in a Better Route 28