All Posts in ‘I-66 Outside the Beltway’

Transform I-66 Outside the Beltway Here’s the Deal The Transform I-66 outside the Beltway project, upgrading 25 miles of I-66 between U.S. 15/Haymarket and I-495, is moving forward! Through a competitive bid process, a private-sector team, Express Mobility Partners (Cintra /Meridiam/Ferrovial/Allan Myers), has been selected to implement the planned project.  The terms of the deal […]

I-66 Outside the Beltway: The Path Forward 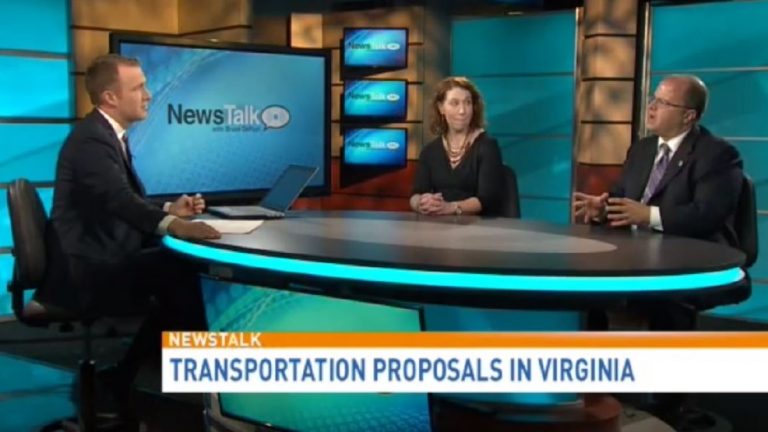 NVT Alliance Policy Director, Nancy Hiteshue Smith, appeared on News Channel 8’s NewsTalk Tuesday morning to praise Governor McAuliffe’s recently announced conversion of I-395 HOV lanes to High Occupancy Toll (HOT) express lanes and discuss other regional transportation matters including improvements to I-66 Outside and Inside the Beltway. “[The I-395 project] will provide great options […]

Fixing I-66 Outside the Beltway. Is There a Greater Regional Transportation Need?

TPB Newsletter (and the TPB) Ignore Majority I-66 Input

A recent Transportation Planning Board newsletter summarizing the public comments received regarding VDOT’s I-66 improvement proposals claimed that “A majority of the comments sought more details and greater commitments from VDOT that the multimodal aspects of the proposals, especially the new commuter and rapid bus services, would indeed be implemented.” Not quite A review of […]

In January 14th testimony, the Alliance urged the Commonwealth Transportation Board (CTB) to move forward with plans to improve and upgrade I-66 outside the Beltway, stating that improving Northern Virginia’s “Main Street”  is critical to sustaining our regional economy. The Alliance stressed that given I-66’s significance and current and future projected usage, it is critically […]